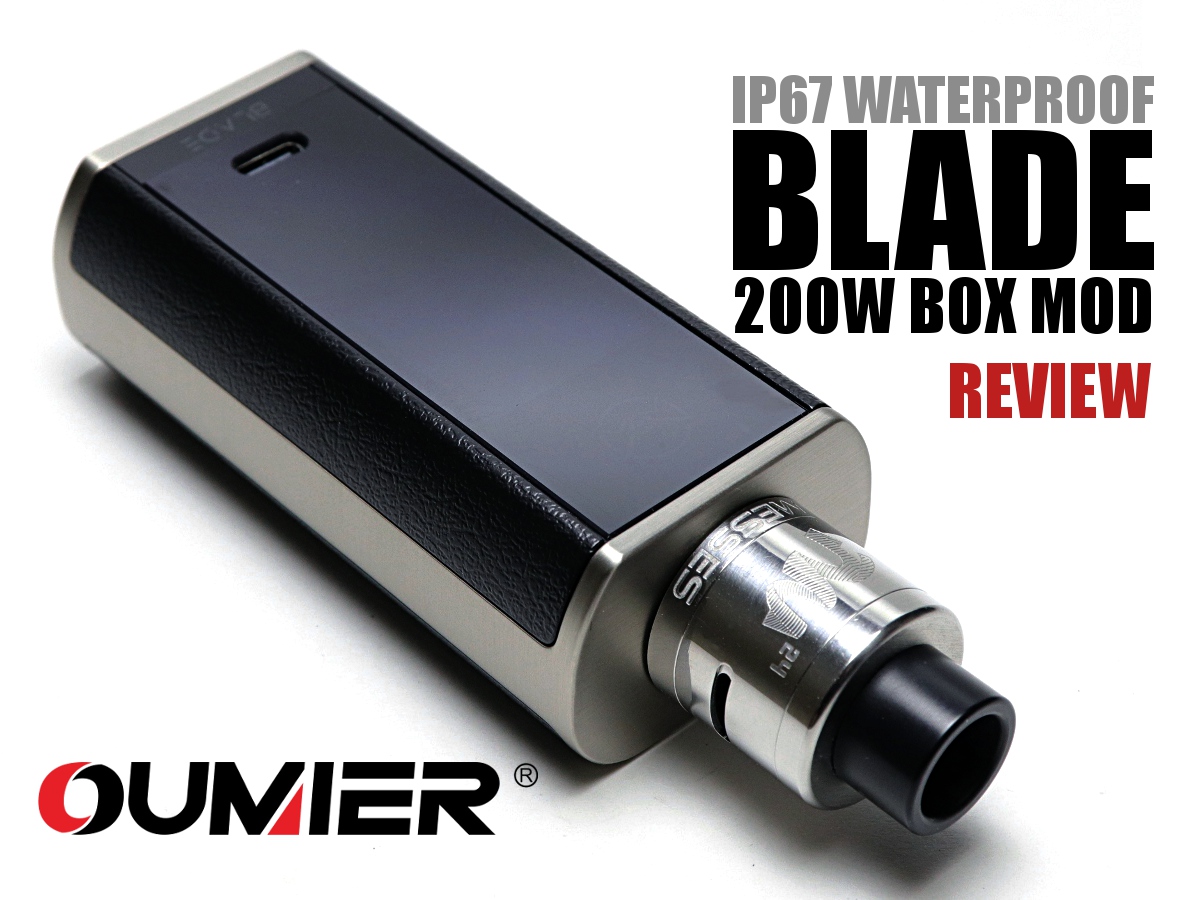 This is a review of Oumier's dual battery mod, Blade 200W Box Mod, which is familiar in the WASP series! 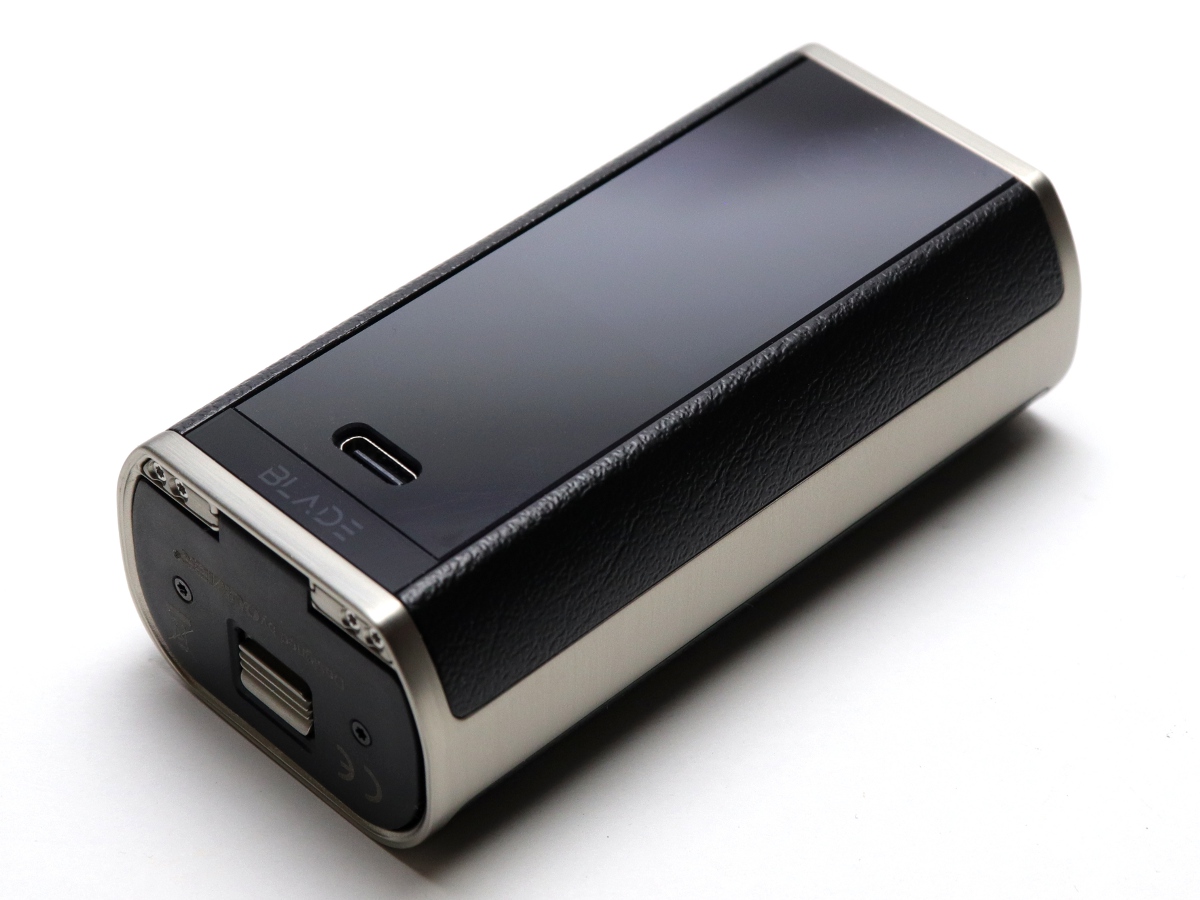 BLADE is a dual battery MOD with IP67 class waterproof and dustproof performance.
At first glance, it doesn't seem like "touch panel !?", but the puff button, UP button, and DOWN button are hidden in the front panel.
The USB port is equipped with type C. 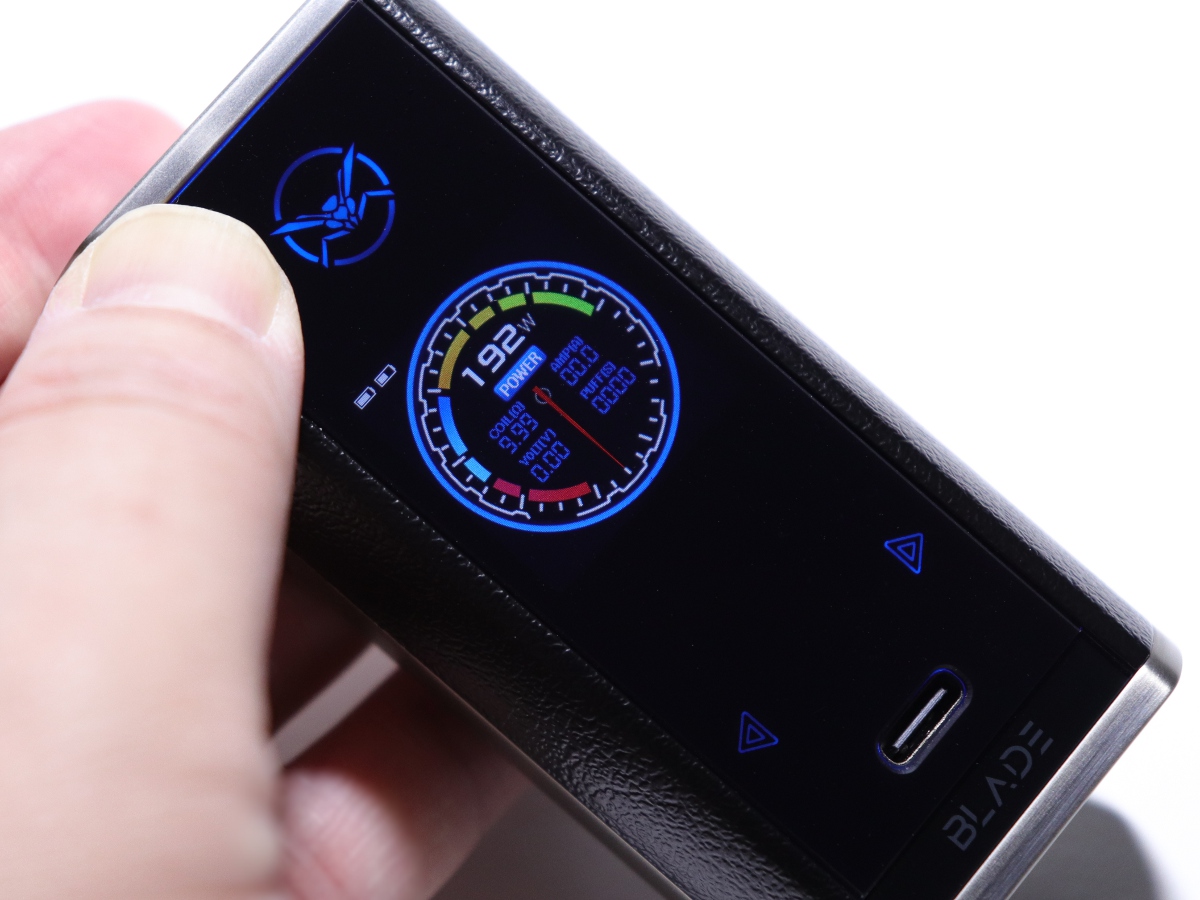 Only while pressing the puff button, the LED arranged at the position of each button lights up.
The LED of the puff button is a bee design as usual.
But Oumier will continue to push bees.
It's like HUDSON. 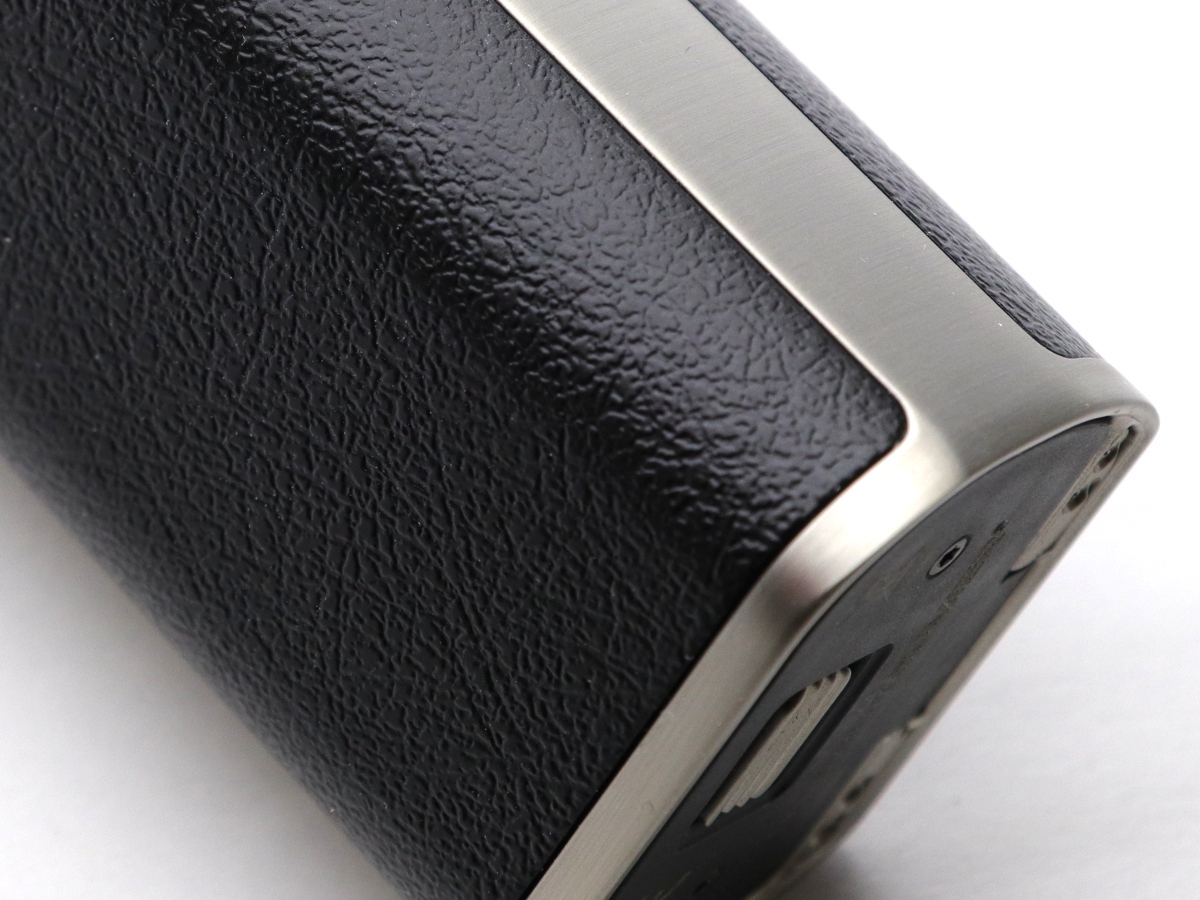 The frame is metal with fine hairlines.
Leather-textured resin panels on the back and sides.
Contrary to its heavy construction, the weight of the main body is super lightweight.
By loading two 18650s, the weight will be commensurate with the appearance. 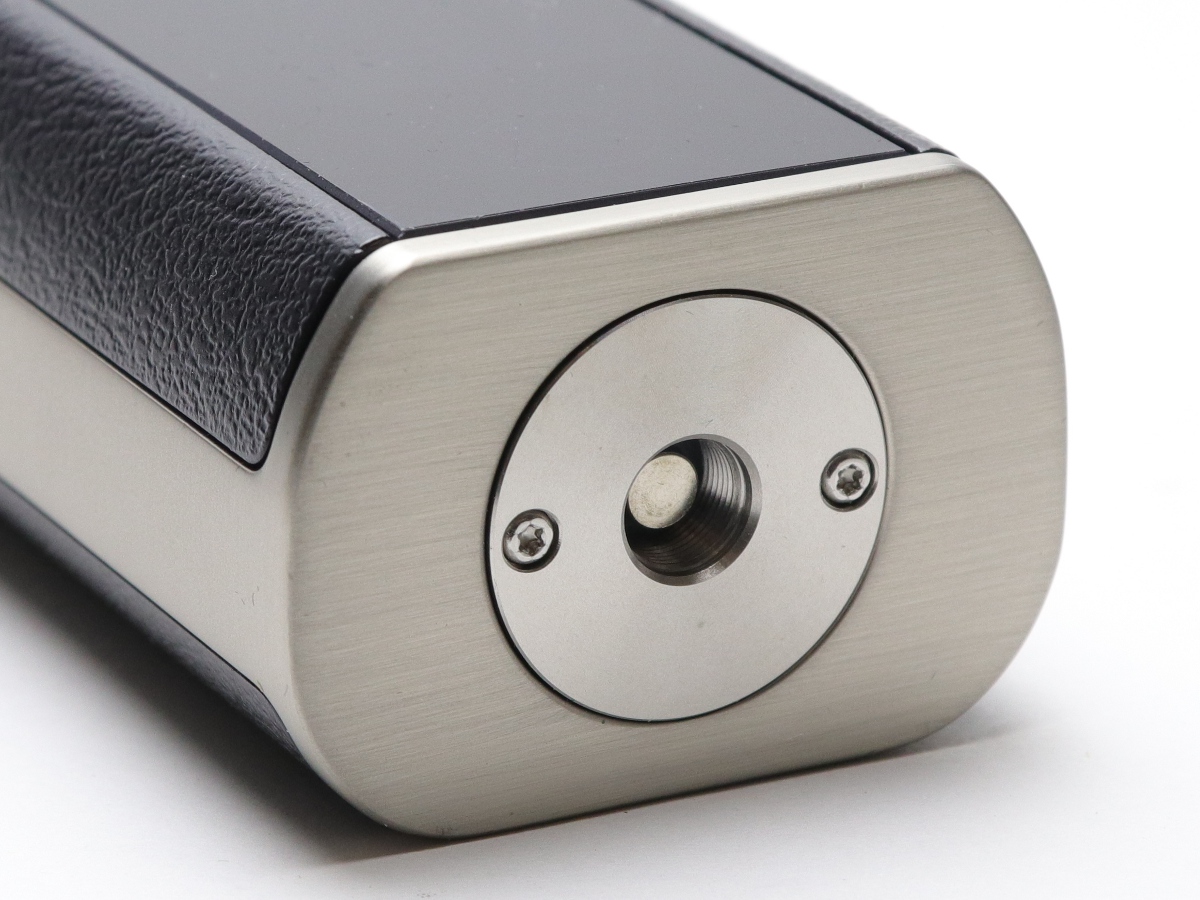 The thread is 510, spring-loaded contact pin.
The diameter of the 510 mount is 22mm.
Since the width of the main body is 30.5 mm, atomizers of most sizes can be placed without sticking out. 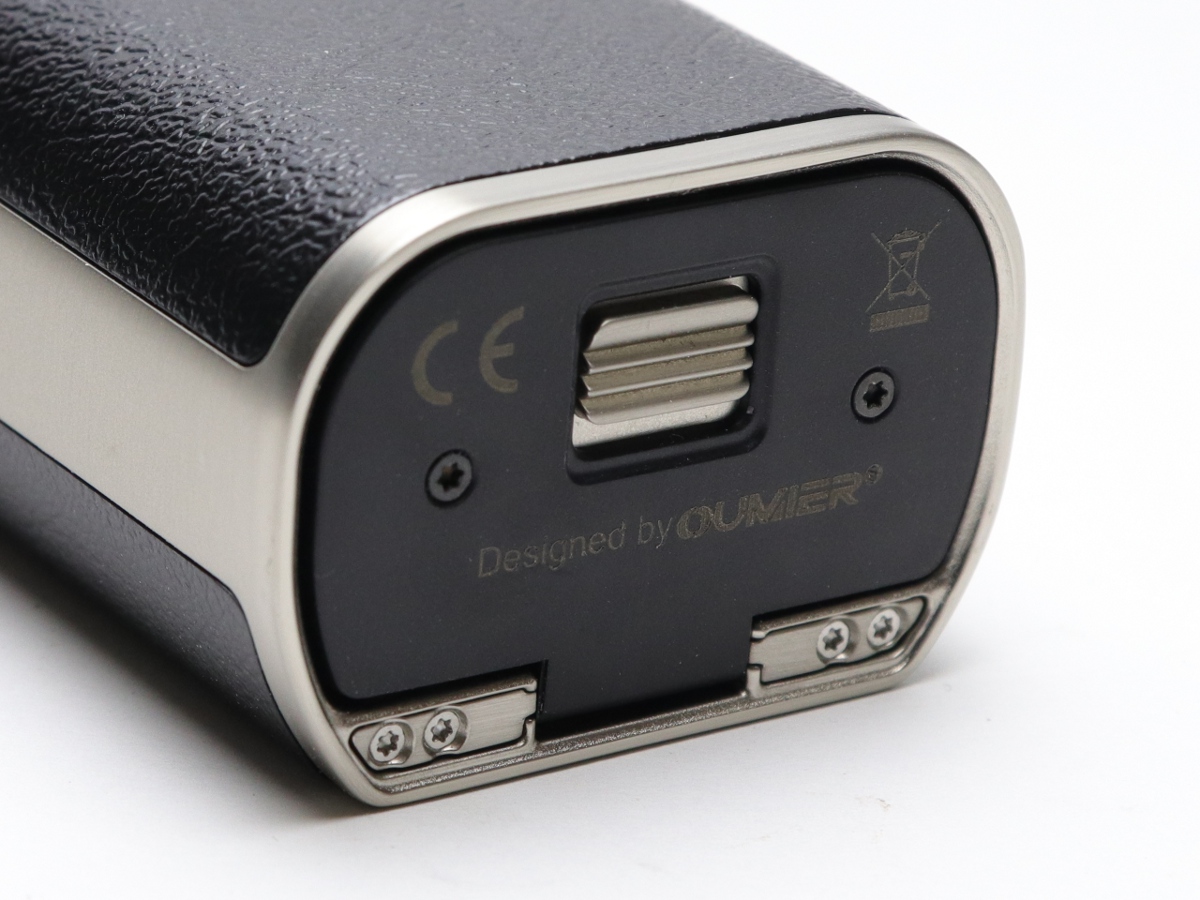 The battery cap looks like this.
As it is equipped with IP67 class waterproof and dustproof performance, it is locked tightly with a slide lock. 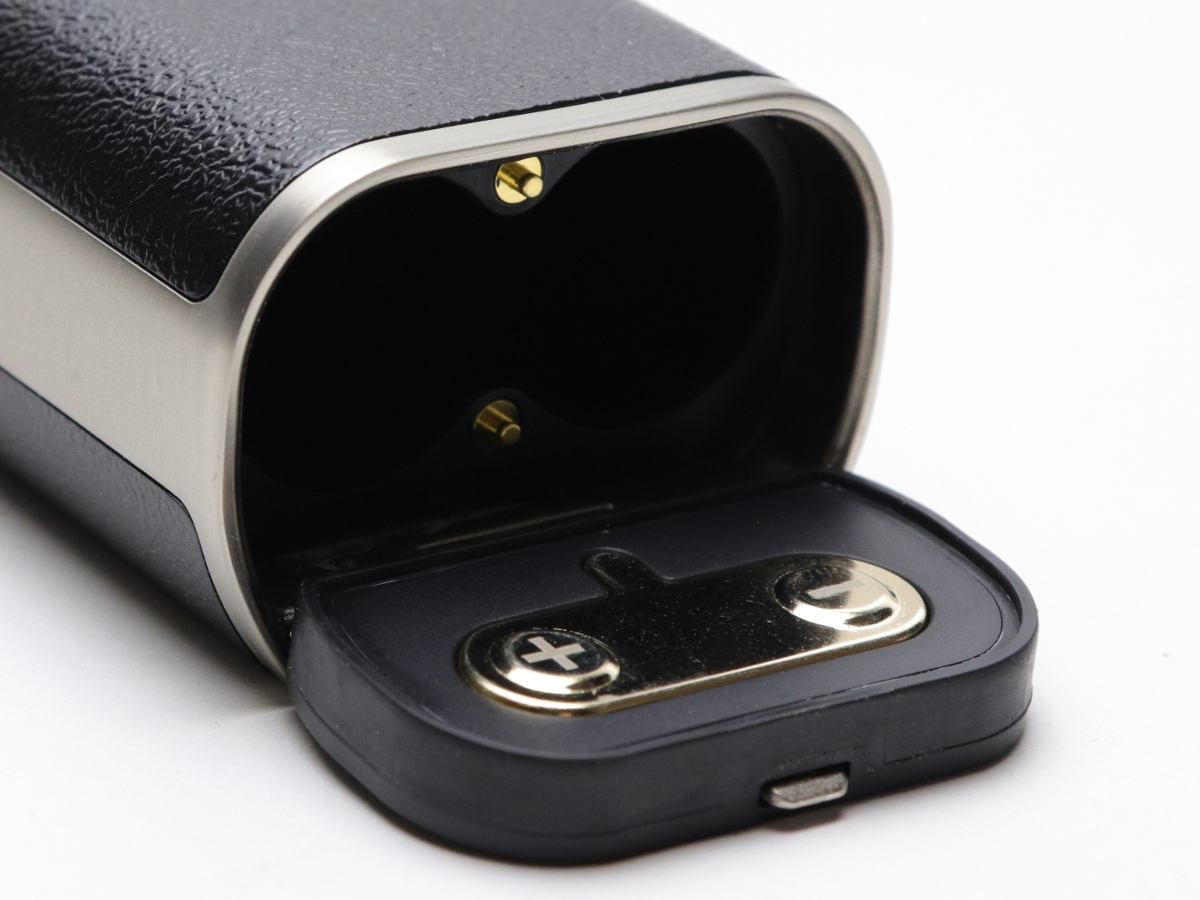 When you open the cap, it looks like this.
Insert two 18650 batteries with the correct polarity.

Let's take a look at each mode 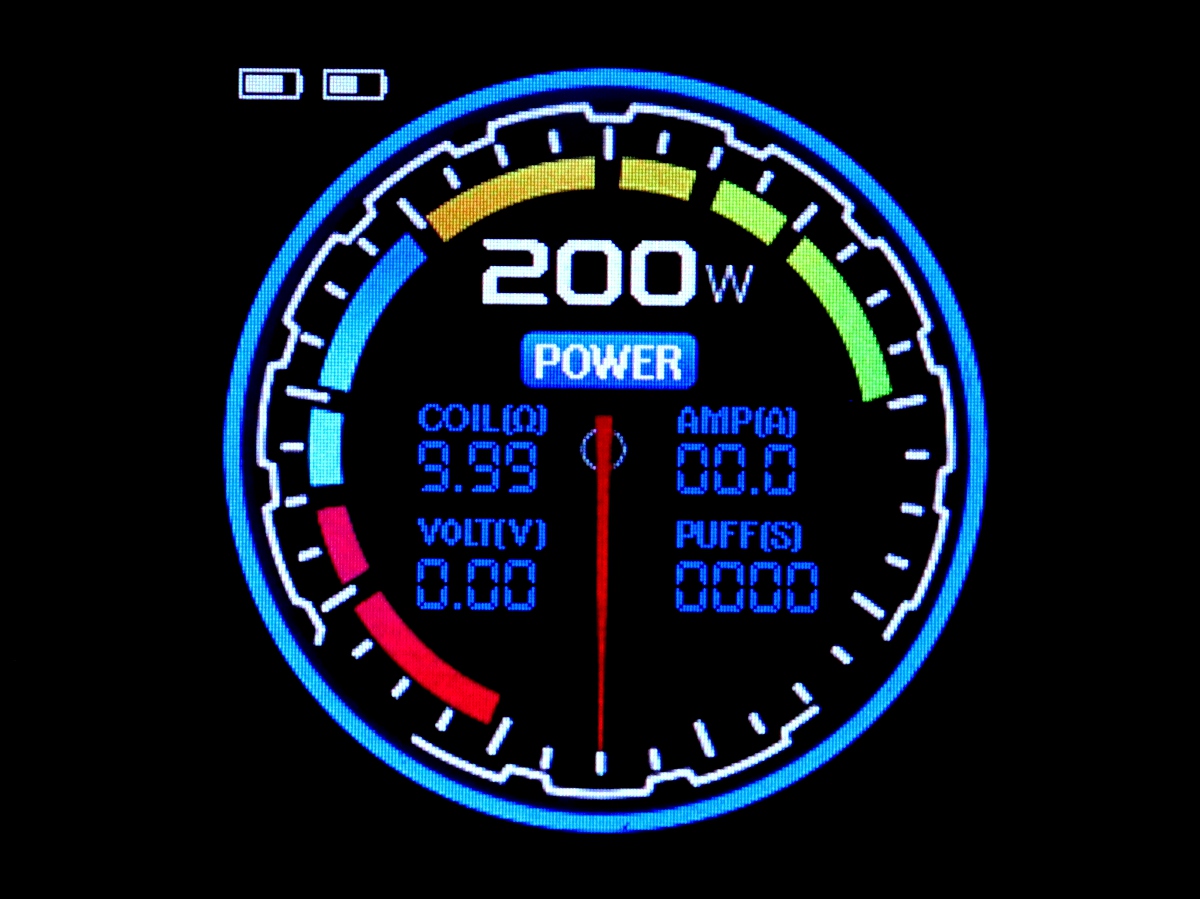 So-called VW mode.
The output can be adjusted in 1W increments from 5W to 200W. 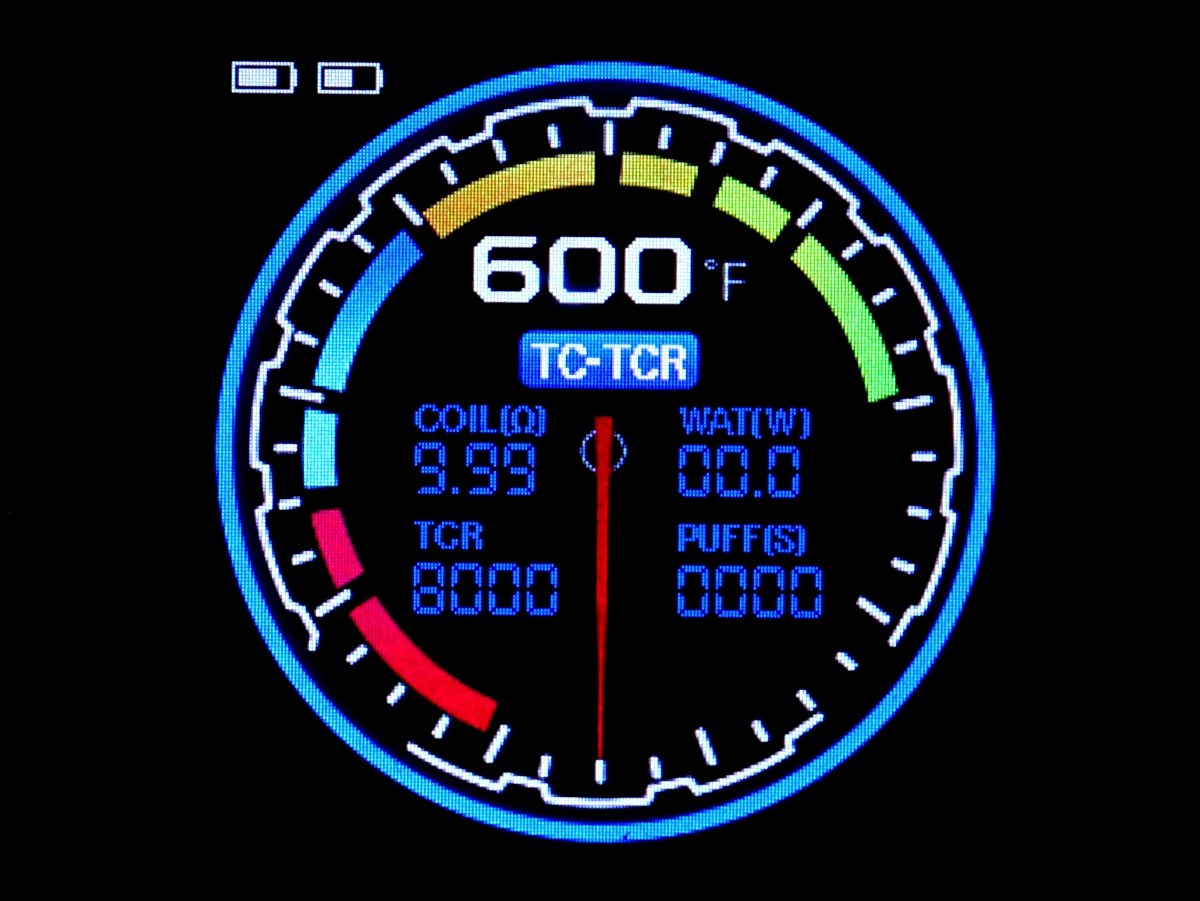 TC mode that can control the temperature with Ni / Ti / SS / TCR.
The set temperature can be switched between Celsius and Fahrenheit.
The maximum wattage cannot be adjusted.
Only in TC-TCR mode, TCR can be set with 2 clicks of the puff button (800-8000). 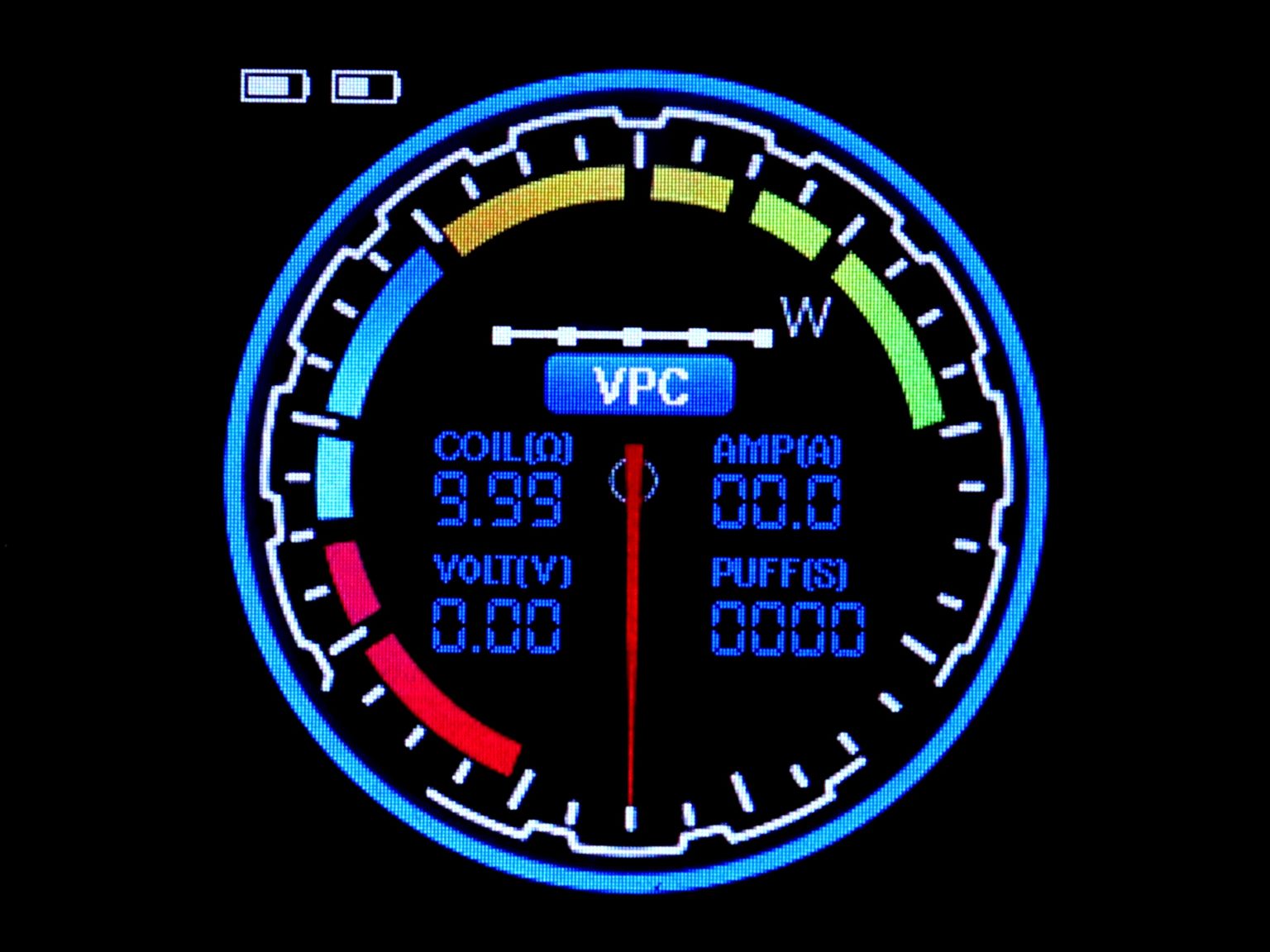 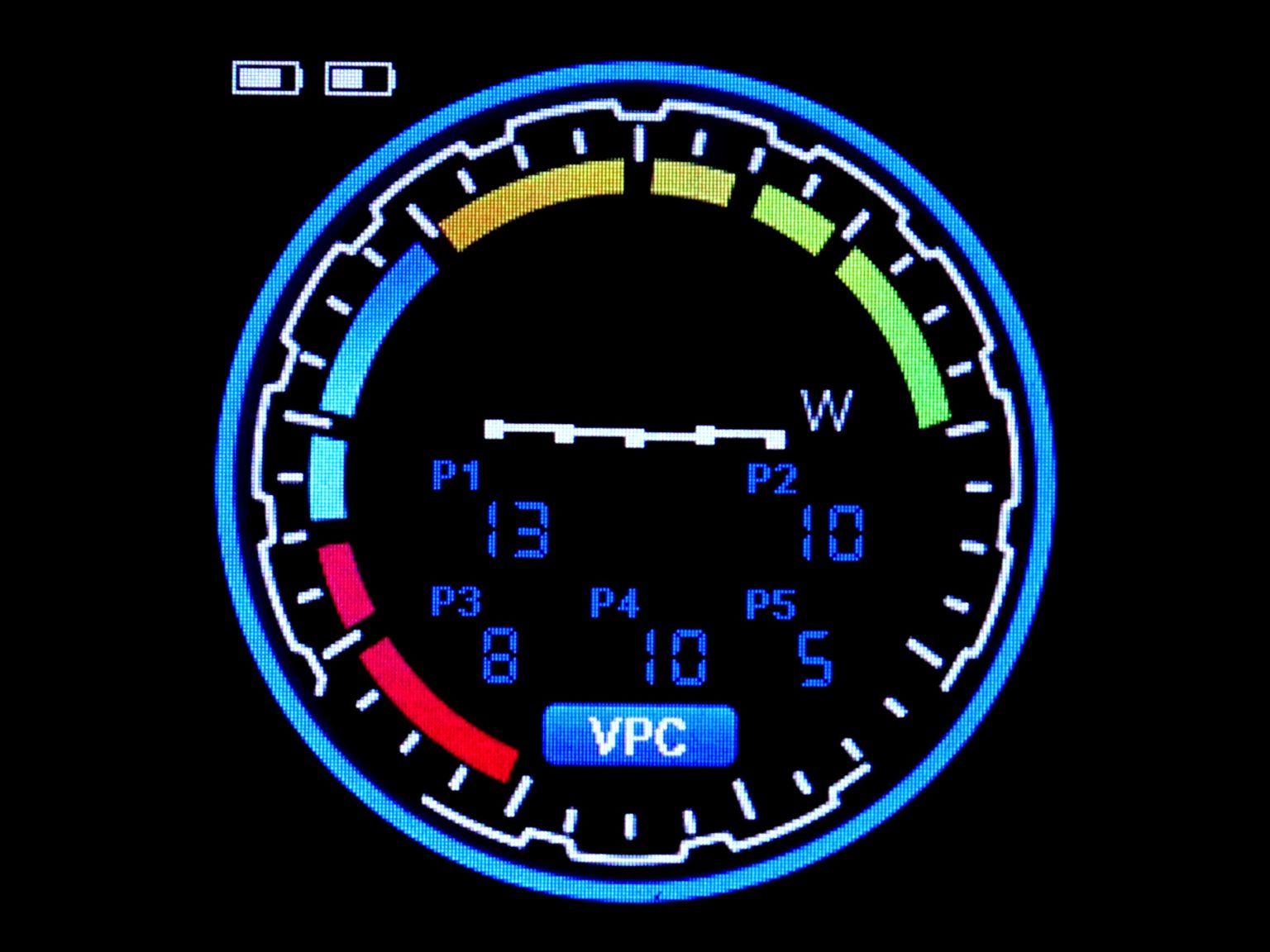 Click the puff button on the previous screen with 2 clicks to go to the setting screen.
You can enter 5 steps from P1 to P5. 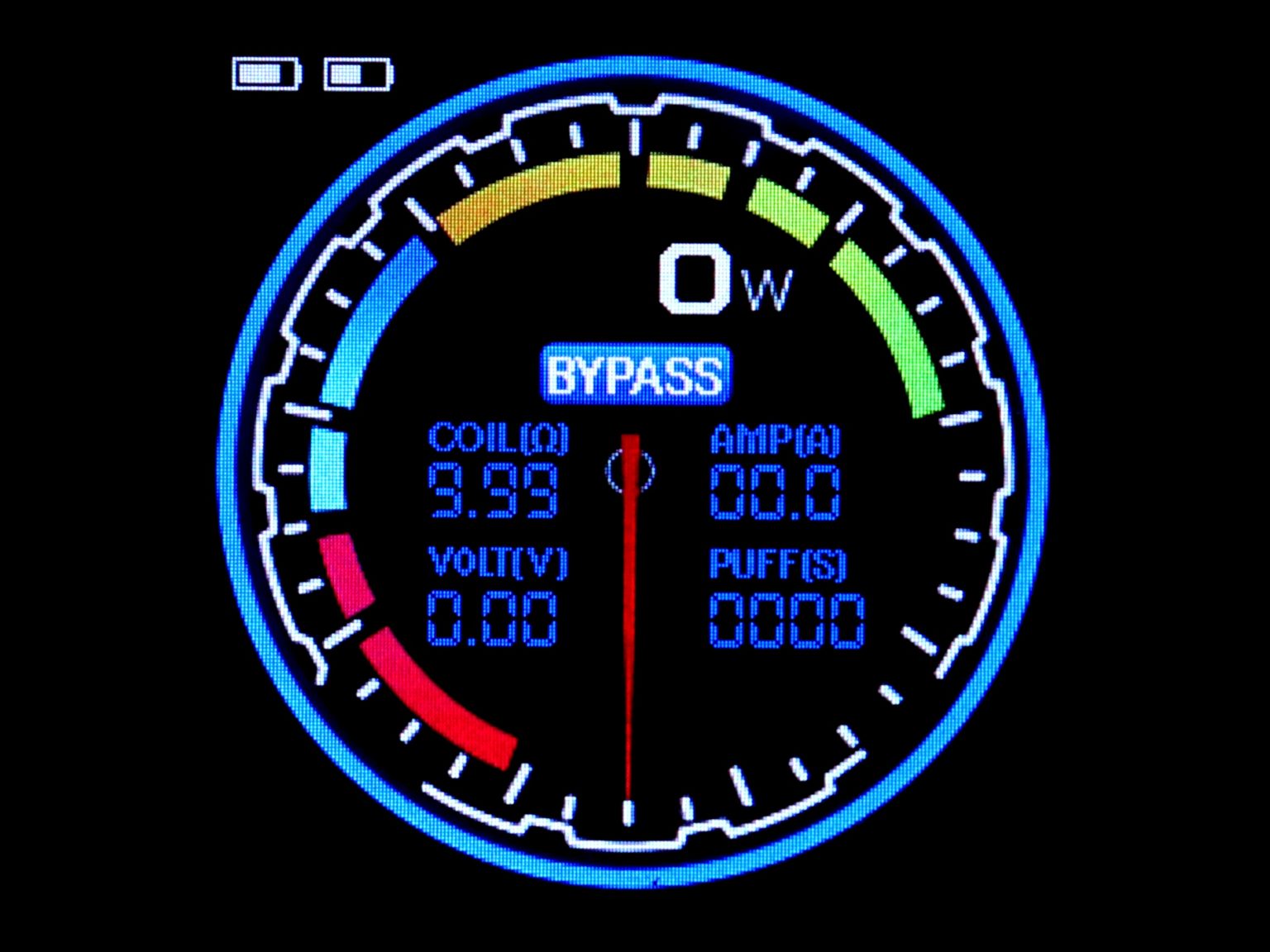 Bypass mode that outputs the battery voltage as it is.
It is a so-called semi-mechanical.

By the way, the GUI that imitates this meter is a puff timer, and in each mode, a white dot is displayed on the meter while you hold down the puff button so that you can see the puff time.
However, the dots disappear immediately after puffing, and it is difficult to know how many seconds the dots were puffed.
Anyway, I wanted you to animate this red needle. 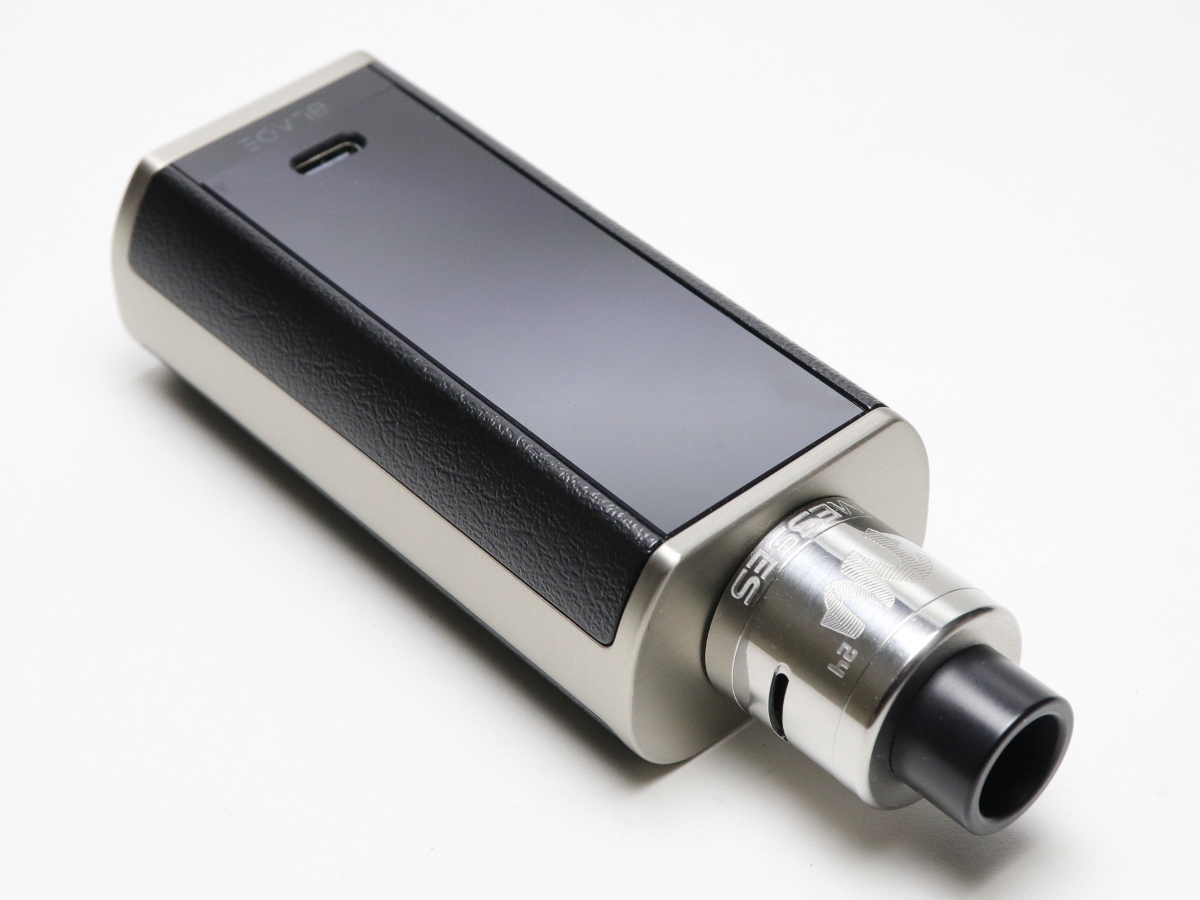 The fitting with the 24mm RDA "Twisted Messes 24" looks like this. 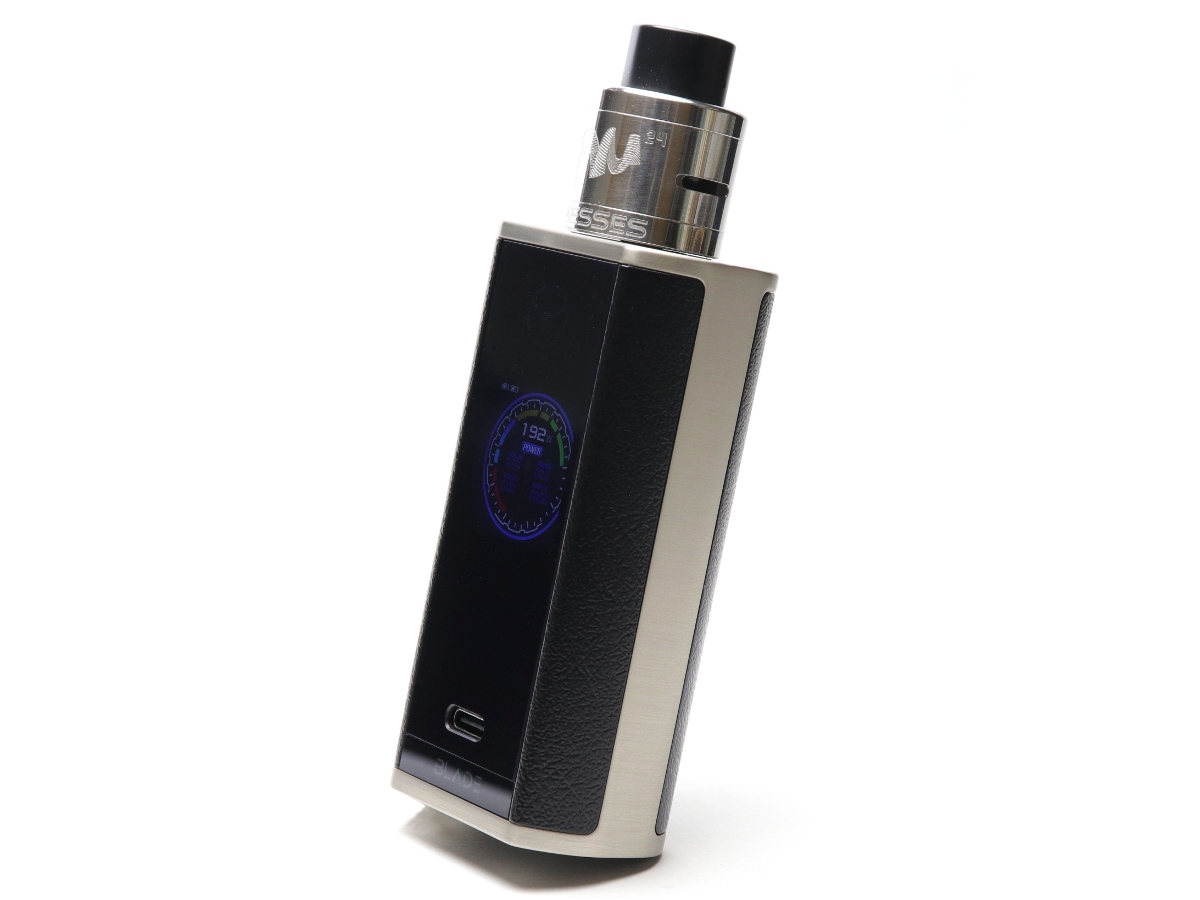 It feels like a rugged atom for DL.
However, even a 22mm atom fits a surprisingly good feeling. 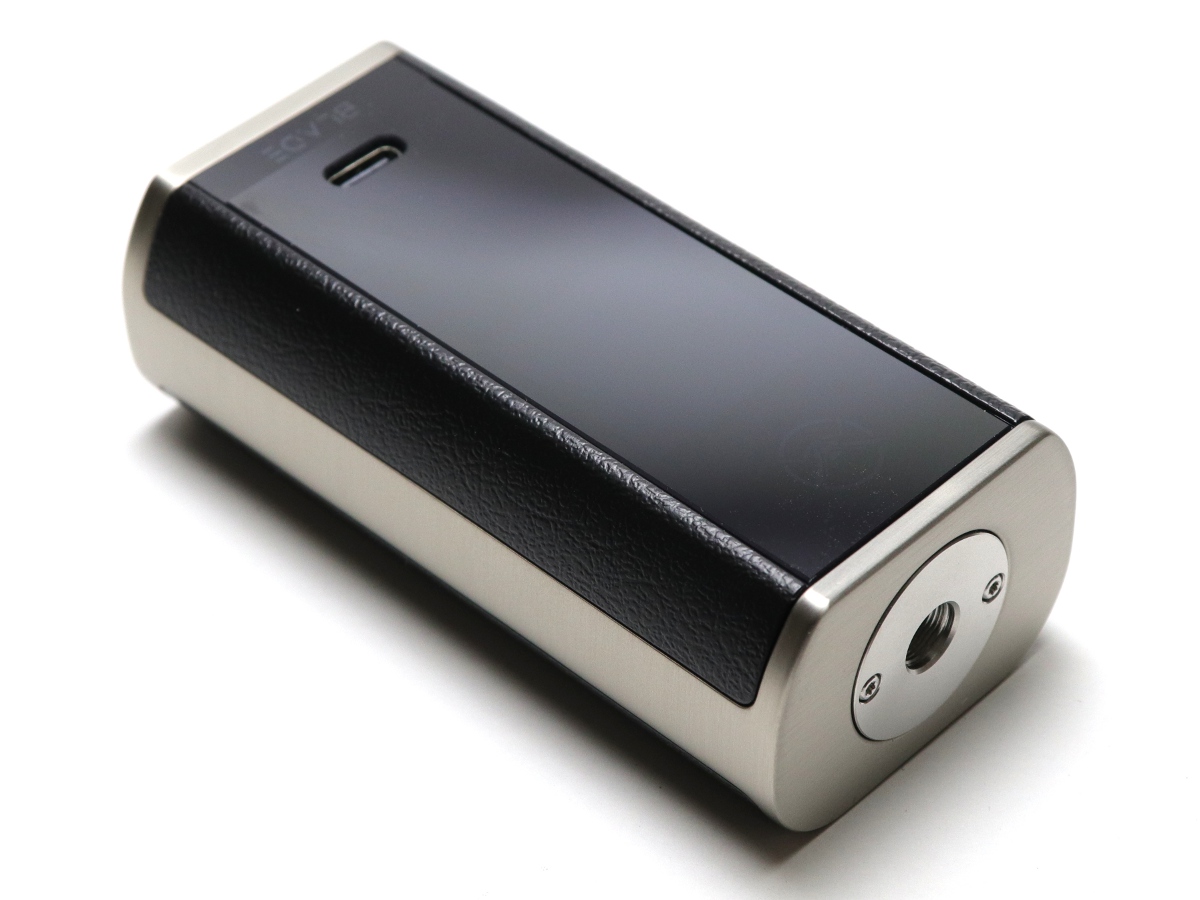 Already, it's insanely stress-free.
Energization starts from the moment you press the puff button.
Perhaps the delay time is almost zero.
It is so explosive that it energizes even when switching modes.

The operability is good, it moves smoothly, the weight is light for a dual battery MOD, and the grip feeling is quite good.
However, even if the brightness is set to MAX, the display is dark and the GUI design is prioritized, so each parameter is not very easy to see.
In addition, the material of the front panel is very cheap, and the tissue paper can be easily scratched by just stroking it with your finger.
If you want to use it carefully, buy a glass film for smartphones at 100% and stick it.

The functional aspect that seems to be abundant at first glance is not surprising, and the contents are thin, such as the maximum wattage setting at the time of TC, the resistance value lock/calibration setting, and the length cannot be set for each point in VPC mode.
I think it would have been better to just say "VW only!" It's good for those who usually smoke vape with high wattage, those who are looking for an affordable dual battery mod, especially those who do Vaping with rugged builds.

It's definitely over-engineered for the author, who only needs 20W, but the design isn't bad and it looks good with a 22mm atom, so it seems that it will settle down to use as a long-life battery MOD for sucking at home.