This time we talk about the Geekvape Aegis Boost Pro Kit. 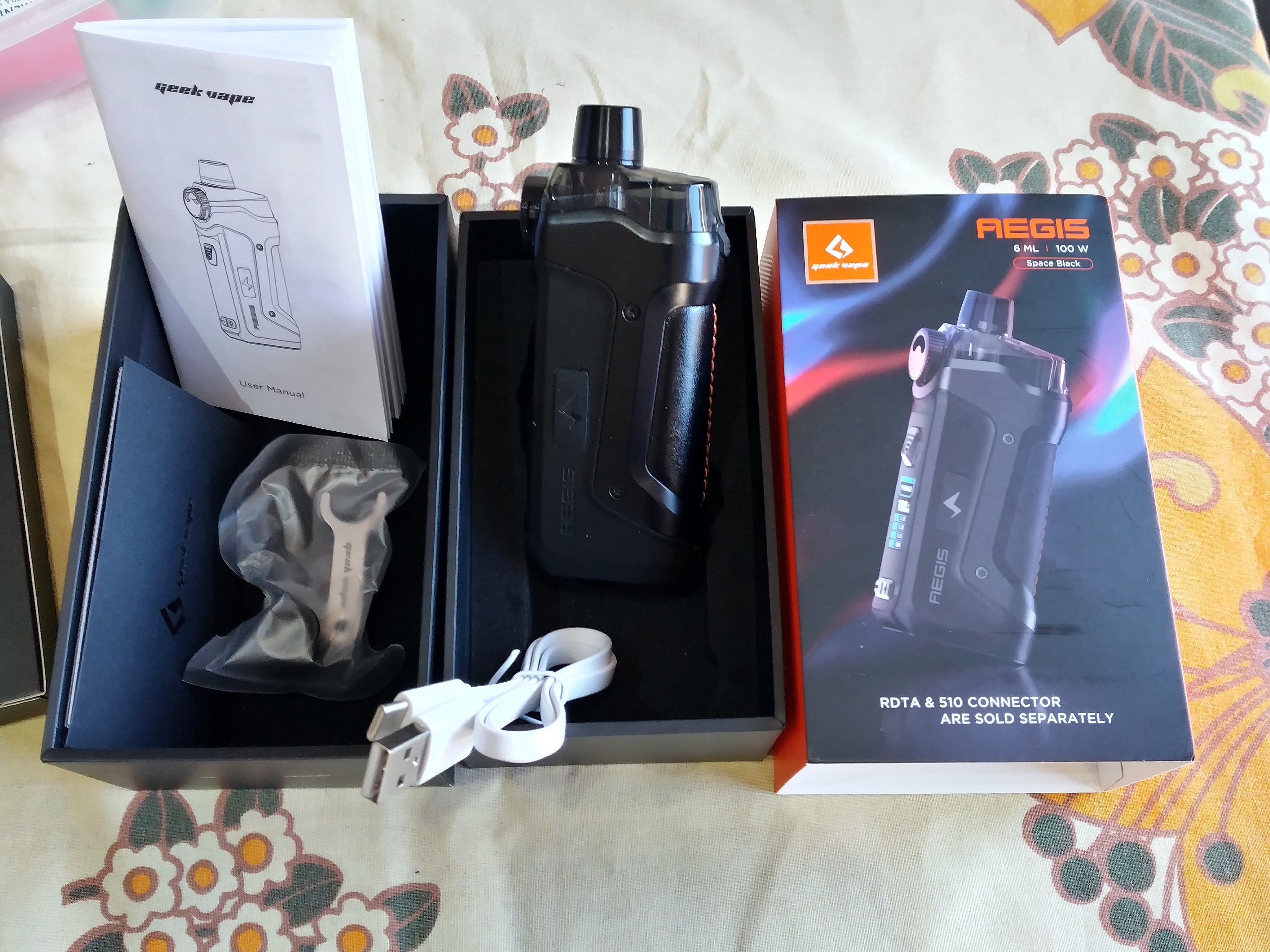 In the box you get:

The Aegis Boost Pro is a pod kit that takes a single 18650 battery and goes up to 100w. It comes included with the P Series pod and coils and has the usual Aegis waterproofing, dust proofing and shockproofing, which is handy as hell when you have an accident-prone 5-year-old and a year old ruining your living room. The pod is 6ml (2ml TPD version). The mod part has a USB Type C charging port.

There are extra accessories available to buy separately and these are; the Series B pod that comes with the boost plus kit, an RDTA and a 510 adapter to use tanks on. 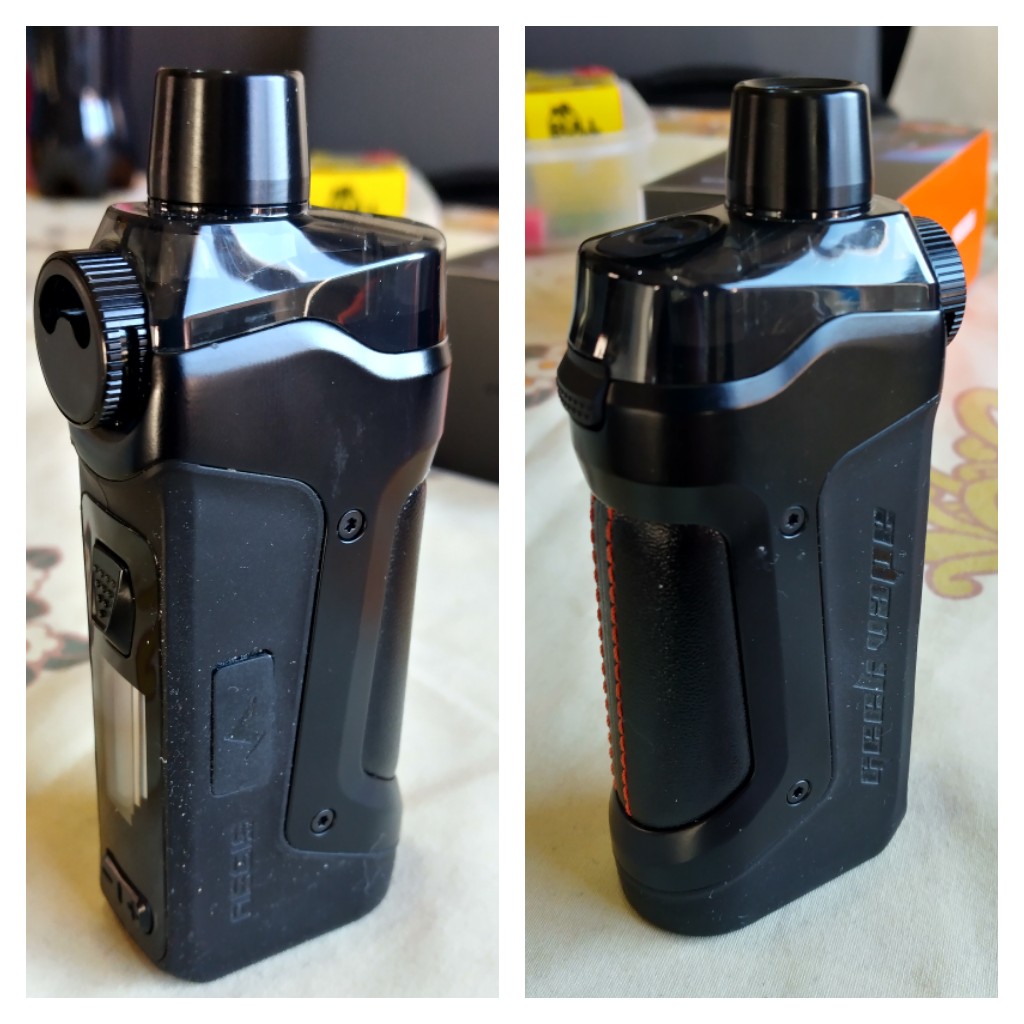 Styling-wise it’s the same as most of the other Aegis series of devices. It has the metal frame with the leather round the battery tube, it has rubber around the front and the pod has the, now standard for aegis pods, airflow wheel, which now has another 2 slots on the wheel itself for more air. The mod has a 0.96-inch colour screen but they have added a USB type C charging port.

The battery compartment has a nice screw-in cover, it can be tricky to line up but I do prefer these to battery compartment doors that a lot of mods/pod systems have. The whole device itself is quite light, even with a 18650 battery in it. My crappy kitchen scales had it at 127g without the battery and 184g with it in.

Function wise it’s got all the modes a mod usually has. There’s power mode, TC SS mode, TC-TCR mode, a curve mode and then bypass. 3 clicks to get to them then use the wattage adjustment to cycle through. A click on the fire button will go through the different options in the chosen mode. You can also change the colour of the screen, lock the wattage adjustment buttons, up or lower the brightness of the screen and clear the puff counter. 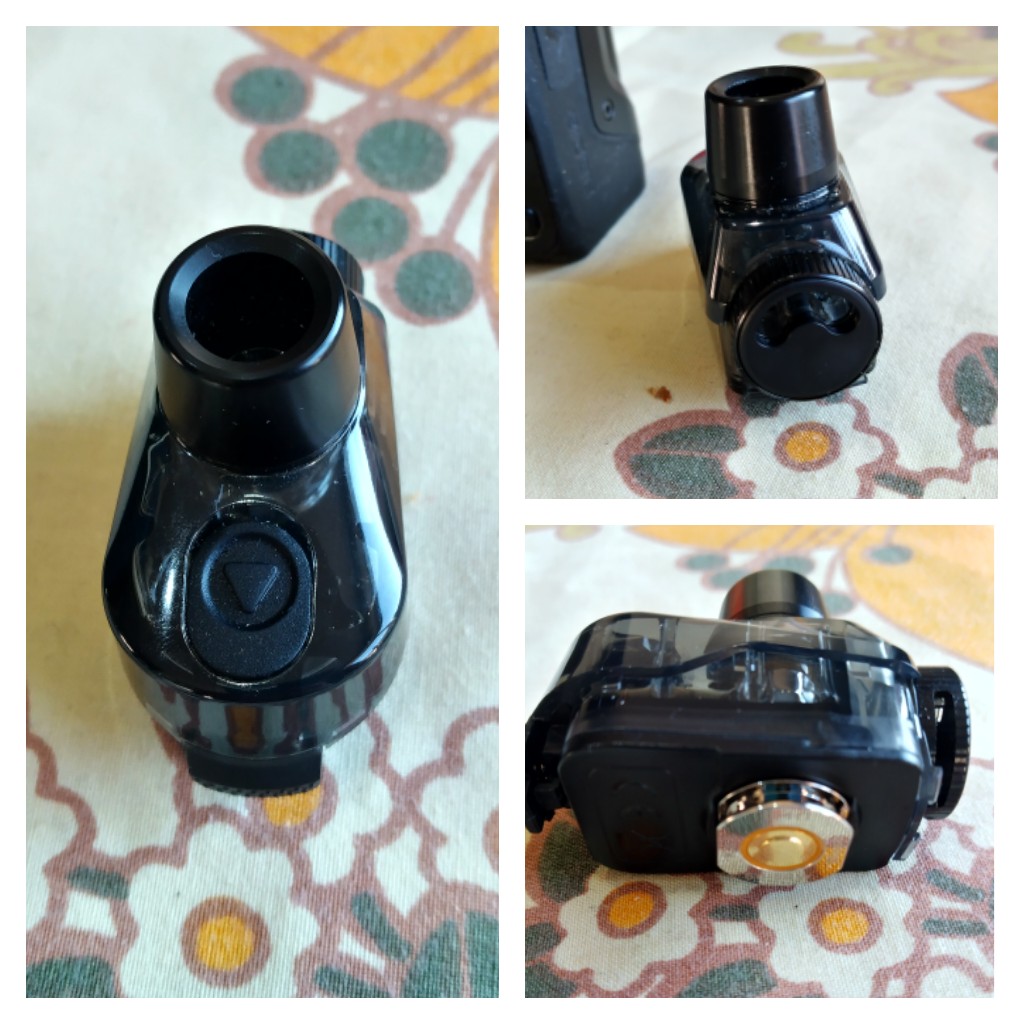 The pod itself now takes the new P-Series coils. These are a lot bigger than the B-series that the other Aegis pods take and come in 0.4 and 0.2 versions. The 0.2 is rated best from 60-70w and gives some really good flavour and vapour. The 0.4 is rated best at 50-60w and I found myself that it was good enough at 45w, giving really good flavour and a good amount of vapour.

I preferred the 0.4 personally, the flavour was just better for me and there wasn’t a massive amount of difference in vapour production. The pod clicks into the mod section quite firmly and there is no wobble. I’ve also had no leaks whatsoever in the time I’ve been using this one. The filling is done via the usual rubber bung and the pod is clear enough to see the juice level easily.

I’ve already mentioned that you can buy extra accessories for the Aegis Boost Pro and I did buy a couple of things myself to see how they were.

First the Boost Plus pods. They fit! This means if you have the Boost Plus you can use your existing pods and coils on this as well. I had one major issue with the Boost Plus pods I bought though, you can’t see the juice level! Like can’t see it at all, the pods are so dark even using the torch on my phone couldn’t get through. Kind of left them useless for me if I’m being honest. I’ve seen photos of the plus pods and they weren’t as dark so I don’t know what the hell is going on here.

The coils work well though, not as good flavour as the P series coils but they are still pretty damn good coils imo. I also got the 510 adapter. It slots in with no rattle so you can transform your pod system into a mod, and it’s a good mod. It’ll take 24mm tanks easily. I still wish manufacturers would lug these 510 adapters in but I do see why they don’t, money. I did not get the RDTA pod, I’d spent enough already. 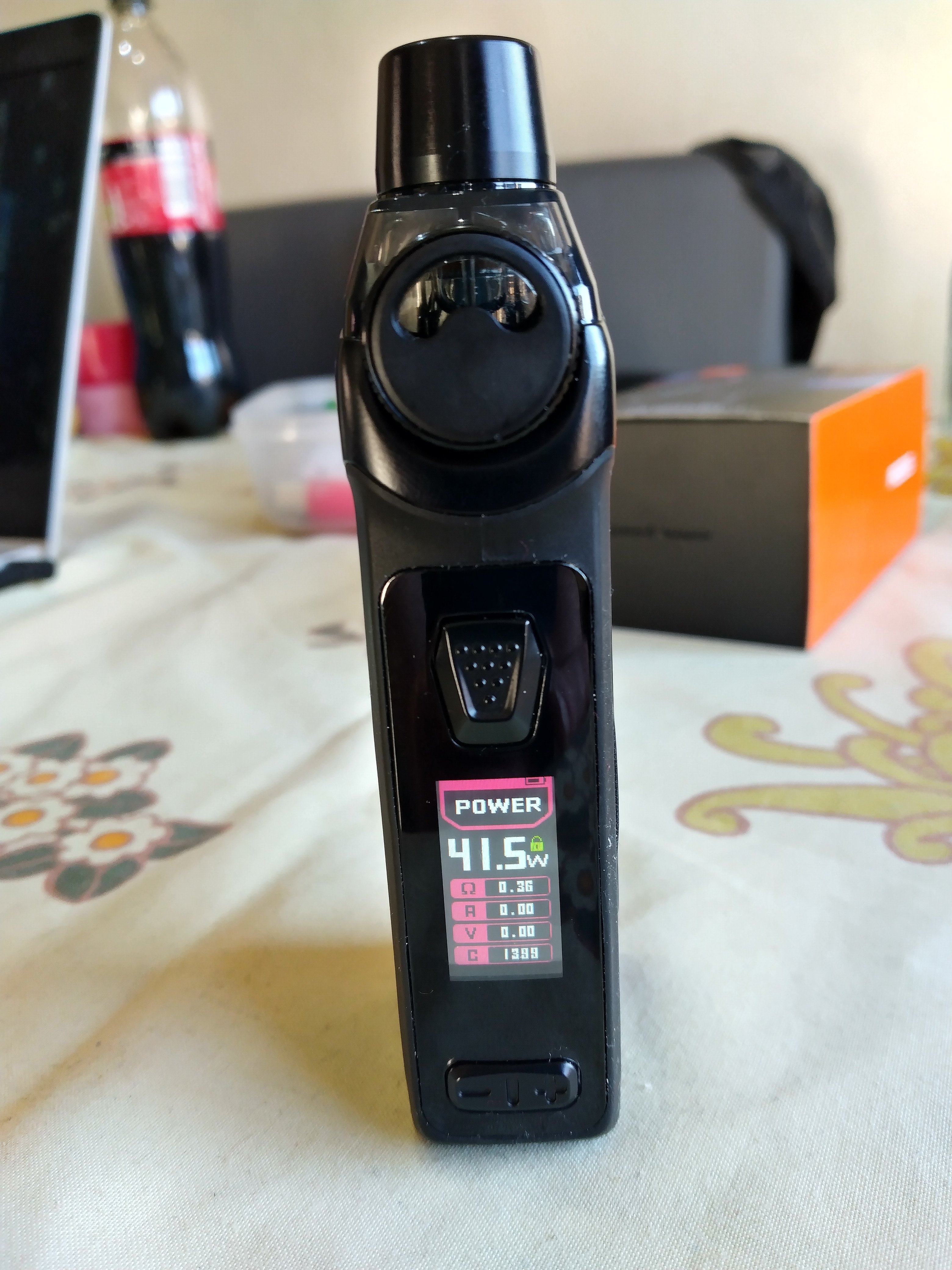 In all this device is as good as the others in the Aegis range but has the added bonus of being a 100w system that takes a 18650 battery with the option to turn into a mod. I love that you can use the Plus pods in it, I love the P-series coils and I love the airflow. For the price, it’s well worth getting if you like pods and tanks.

This one, and the extras, is going to another forum member who uses a Plus at the moment. I would have kept it for myself as I loved it!