Geek Vape Aegis Boost LE is an updated version of the very popular GeekVape Aegis Boost among lovers of electronic vapor. The guys from the Gikwipe company released the same device, only with the end - Luxury Edition. This is a limited edition and the series includes 5 vapors in a set, which is good news, as well as a souvenir keychain in the form of a boost. Everything in order in this review. 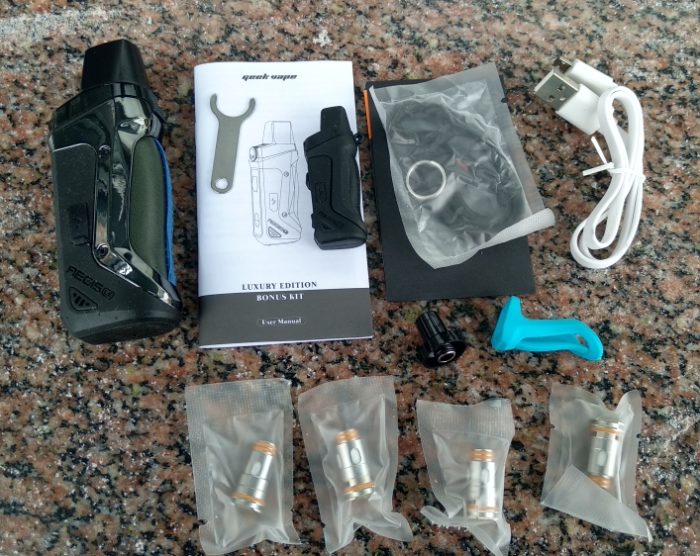 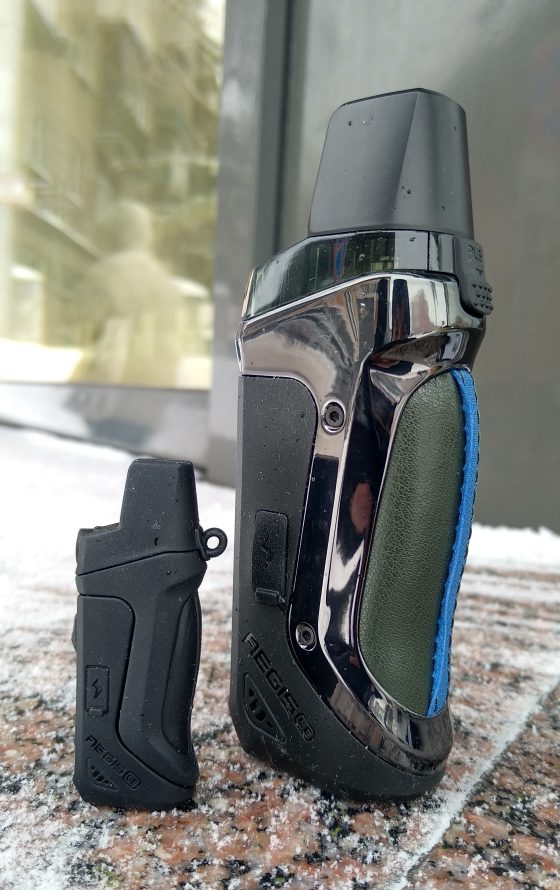 Cartridge review, 5 complete coils for the Luxury Edition
The cartridge body is made of dark plastic. A protective cap is installed on top to prevent dirt from getting into the drip tip. 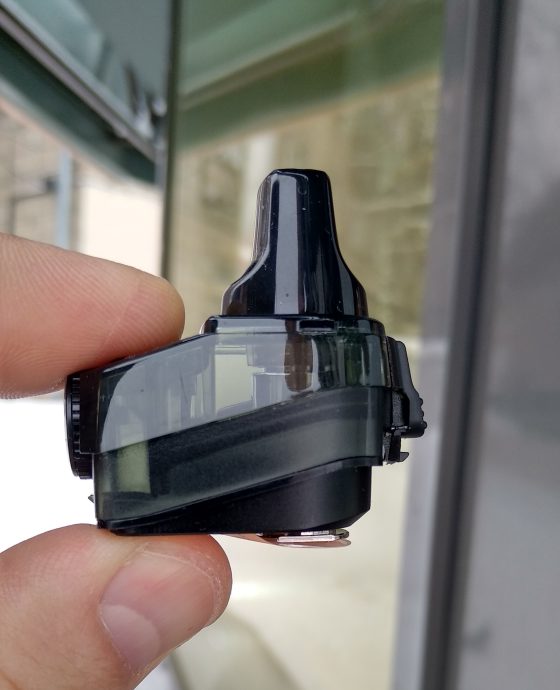 Mouthpieces are used in their own format. There are two variations in the set - round and slightly flattened. They are held on an oring, which is installed inside the mine. 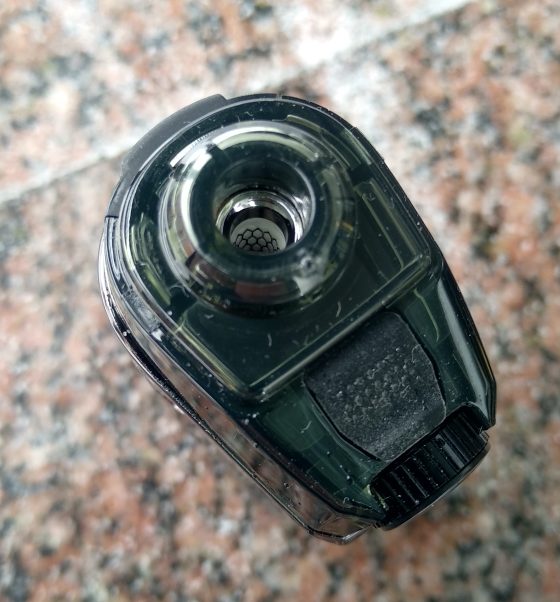 There is also a filling hole on the top edge. The tank holds 3.7 ml. 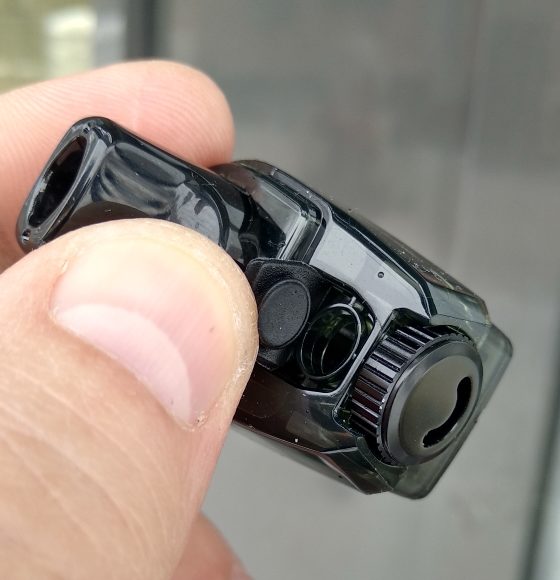 In front, we see the round slider for adjusting the airflow, which is familiar to Aegis. 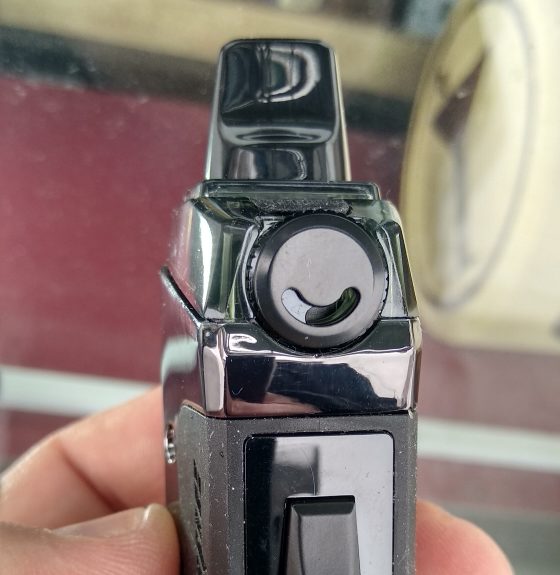 Coils are installed inside on rings, and a special key is provided for extraction.

The cartridge is held inside the compartment by latches and the button from the backside is used to remove it.

Battery pack
The design of the updated version of the Aegis LE has remained practically unchanged. Several new colors were added, some of them received a chrome side insert.

There is a silicone spacer inside the cartridge compartment, which should protect against liquid getting on the board, which strongly clings to debris and various dirt. Actually, this is the problem of all Aegis, including the latter - Aegis Plus and Aegis PRO .

At the front are a small trigger-style Fire button, a small monochrome screen and adjustment buttons. 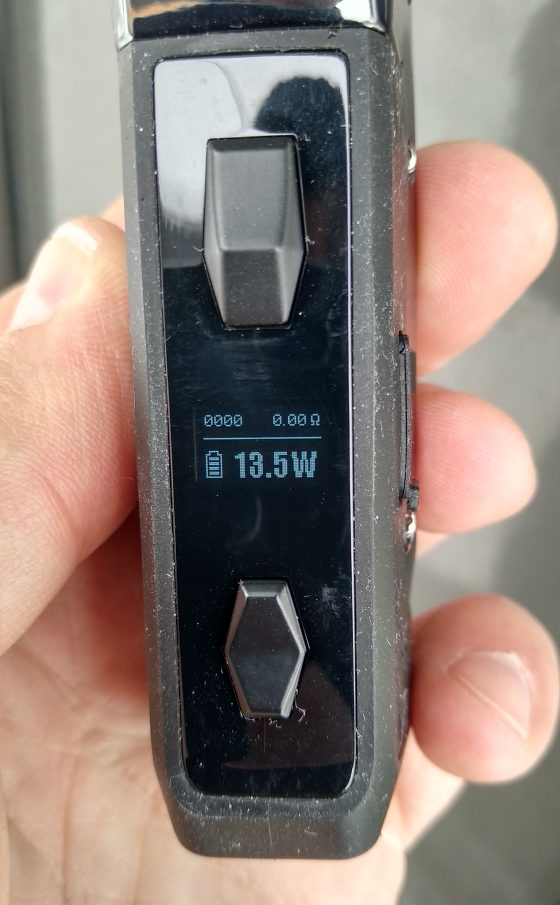 The buttons got a small but crisp click. The usual leatherette insert is located at the back. Also on the side panel is the old USB port, which is covered with a rubber cap. At the very bottom of the hole, there is a gas outlet and additional ventilation for the electronics.

How to manage the board
The board received minimal functionality. On the screen, we see the charge scale, power, resistance and information about puffs.

The board delivers from 5 to 40 watts in 0.5 increments. The chip raises resistances from 0.2 ohms. Among the operating modes, only the variant is presented. From the additional functionality, you can lock the adjustment buttons if you press them at the same time. The 1.5 A charging port is located on the side under the cap. A 1500 mAh battery is installed inside.

RDTA cartridge for Aegis Boost LE
The service is purchased separately and comes with a spare drip tip, a set of screws, cotton wool and a couple of coils.

Landing under the drip tip 510, for which thanks, since you can safely put your MTL drip tips. The dome received processing under the top It is held on the thread. The base uses two racks with pressure plates for the installation of one spiral. The tank holds 2 ml and the filling hole remains in the same place.

The airflow adjustment is also used, as on a regular cartridge, in the form of a slider on the side edge. The base will allow you to put small coils under the board, like MTL fuse for 2.5 mm 5 turns. And with a simple mono-core, there will be no installation problems either. But you won't be able to install the protective cap for service, which is a shame. 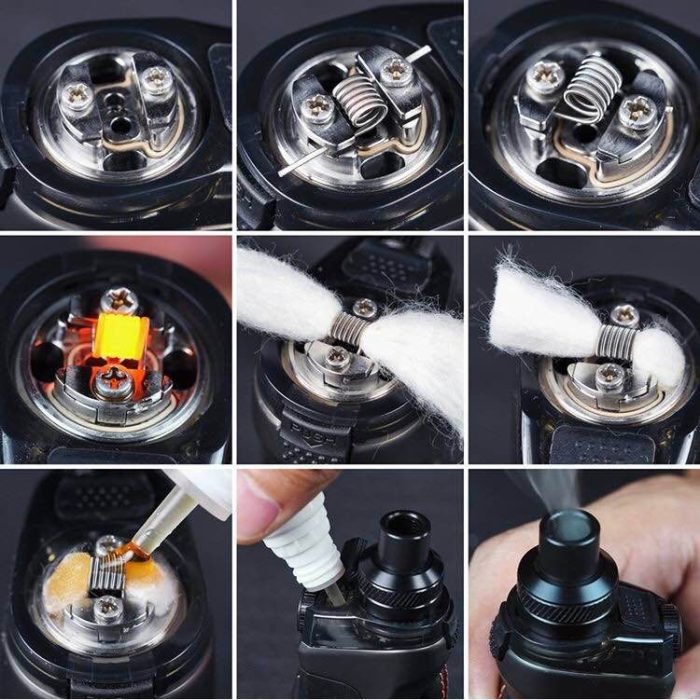 RBA base for Aegis Boost LE
In our edition, the RBA base for the first Aegis Boost was lying around, and given that the cartridges of the first and the LE version are the same, then this base can be put here, but a separate box mod is needed.

The set includes a screwdriver, a base, a 510 adapter for burning spirals in a separate box-mode and a bag with o-rings.

This is a simple RBA that you have to tinker with to get it up and running. Inconvenient, you will definitely need a mod to "revive" the spiral. We show on Hita Ink from Asvape.

Operating experience
Replaceable evaporators show themselves well up to half of the closed airflow. Traction is relatively loose and the mesh conveys flavor well. Thanks for the protective cap, it helps when carrying it. But the drip tip could have been used by the standard 510. There is airflow adjustment, but it is almost impossible to achieve a tight draft out of the box.

Not everything is so perfect with the service. On the fuse, the taste turned out to be slightly smeared with a fully open blower. When overlapping, the situation does not change much. The thrust here is comparable to a conventional cartridge. There are no complaints about service, everything is quite simple and convenient. In both cases, refueling will take some getting used to, since the hole is quite close to the mouthpiece.

The battery pack itself is well assembled. It lies normally in the hand due to the rubberized surface and leather insert. Hold the cartridges tightly enough. The 1500 mAh battery lasts about 18 hours. The board is simple but convenient to use.

As a result, we get a quite good pod for free traction with service in the form of a primitive RBA or already a serious RDTA, which is pleasant to use.

5 evaporators in a set will allow you not to buy replacements for the first month and this is a real bonus. And if you play around with the mixes, we get a service with a level of taste, like a single-coil drip.

I was also pleased with the keychain, a kind of thing, at the sight of which everyone asks: "Does it work?" 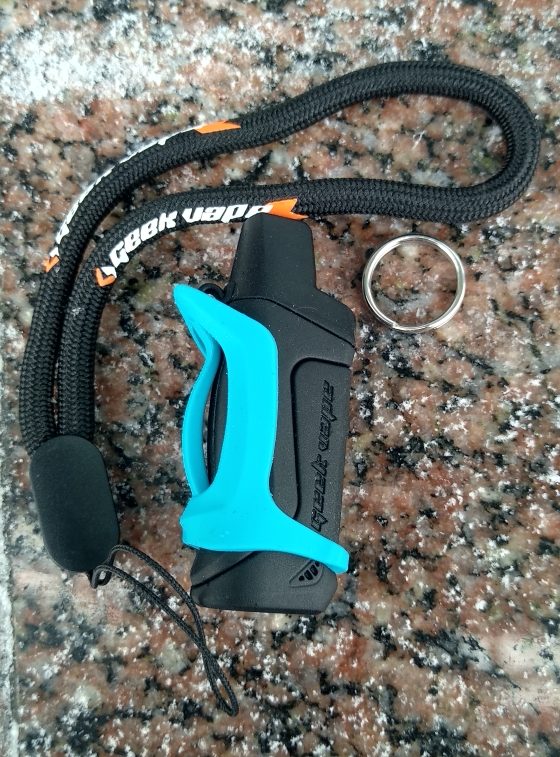 But for MTL lovers, it is better to take a closer look at other Pod Mods, like the first Pasito, since you can't get it on Aegis without drinking it out of the box. In general, a rather strange decision, after a year to re-release the same device in a new color, but with additional coils, a lot of the first aegis boosts were initially released.

- you can't put your 510 drip tip,
- quite free traction,
- not very convenient refueling