Dovpo is known to vapers for its box mods. Among the popular ones, Topside devices or the Dovpo MVV varivolt can be noted. Odin DNA250c was recently introduced, which came about through collaboration with the Vaping Bogan reviewer and the Vaperz Cloud guys. The main idea was to create a mod with good autonomy while maintaining quality. As a result, after several months of development, the new box mod received a brutal and rigorous design, as well as a productive board from Evolv.

It is an improved model.

The upper platform will allow the use of atomizers 30 mm inclusive. 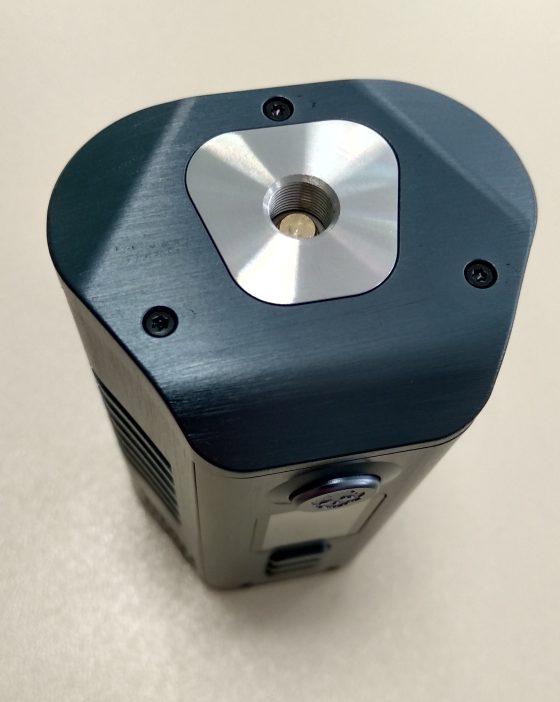 On the front panel there are Fire, Select buttons, plus and minus buttons, a color screen and a port for charging, updating firmware and working with Escribe. Fire received a small engraving in the form of the Vaping Bogan logo. 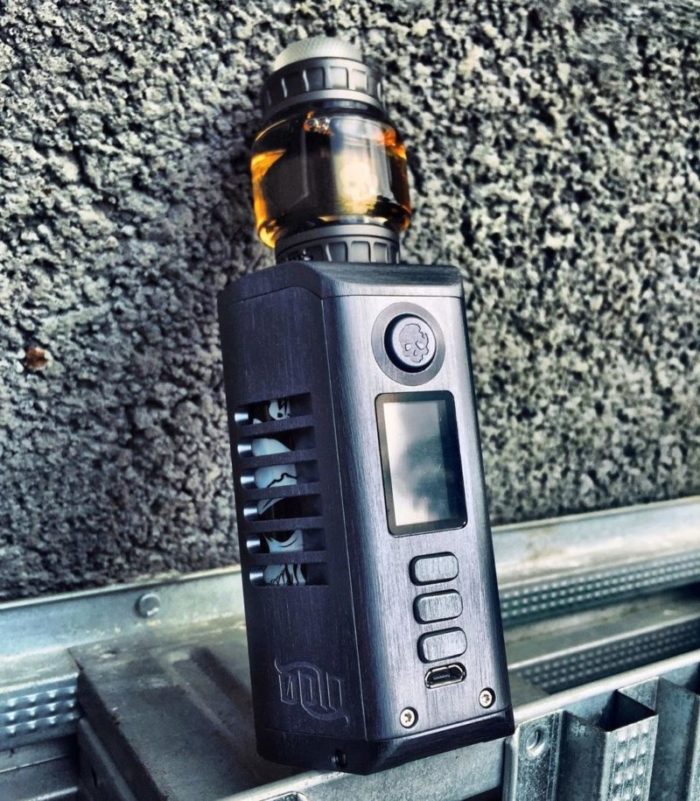 On each side there are wide openings for a conclusion of gases under radiators. The batteries are visible through them, so the manufacturer put a set of braids of different colors for customization in the kit.

Below is the battery cover. She rests on a small latch. Inside there are polarity symbols and protective spacers.

The claimed support for 18650 batteries, but the spacers for them in the kit are not found. But the 21700 batteries don't hang inside. The lid itself sits tight and does not open by itself.

Operating modes and how to control the box mod

The mod runs on a DNA250C board. It provides a maximum of 200 watts and supports resistances from 0.05 ohms. When installing batteries, the mod turns on after pressing the Fire button. On the screen there is information about the resistance, battery charge in the form of a scale and percent, time, date and screen saver, which can be changed. Five times we get to the main screen.

Here you can select the operating mode, adjust the power, or go to the settings. Moving is done with the plus and minus buttons, and the choice is Select.

For work, there are modes VW, Replay, TC, Watt Boost. After selection you need to press Fire to confirm. Initially, the power will vary by 0.5 watts, which can be changed through Escribe. In Setting, you can find out information about the wound atomizer, puff counter, see the temperature and condition of the board. In System, you can see the firmware version and adjust the brightness.

The mod turned out to be large. It is the same in height compared to the Aegis Legend . Compared to the Boxer Mod Classic DNA250C, the latter will be slightly smaller. In general, due to the metal case and support for 2 * 700 batteries, the Odin DNA250C received significant weight, which is not suitable for all users. 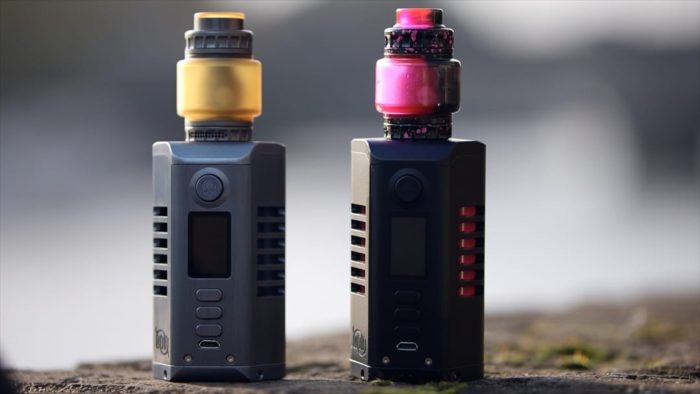 So far, two colors are available for sale. But customizing your device is possible thanks to various colored braids of the batteries that will peek through the “radiators” on the sides of the box mod. There are no complaints about the assembly, the mod feels monolithic. The case received processing under satin, so serious damage during operation should not occur. The upper platform will allow you to wind atomizers by 30 mm. They do not hang, while they look good.

The box mod works on the DNA250C chip, so we get good performance and fine tuning. As a result, we got an interesting mod with a good design, a productive board and good autonomy.

- the mod is perfectly assembled,

- a braid for batteries in a set for customization.